Why Cycling Fatalities Are Rising

Since 2010, bicyclist fatalities have continued to increase, despite a correlating decrease in motor vehicle fatalities. Even as COVID-19 drastically reduced motor vehicle traffic in early 2020, bicyclist fatalities still have risen. As more and more people are utilizing bicycles to maintain social distancing, avoid public transportation, and increase exercise outdoors, bicyclists are at a higher risk of severe injuries, some of which are fatal, than they have been in the last 30 years.

For instance, according to Outside magazine, 43% of cycling deaths occurred in California, Texas, and Florida, even though they make up only 27% of the nation’s population. California and Florida had the most fatalities, each with 18% of the country’s totals. There are various reasons for these fatalities; one study found that most cycling fatalities in recent years have occurred due to drunk or impaired drivers, speeding drivers, or hit and run accidents. Nonetheless, most drivers involved in cycling fatalities never faced any criminal charges.

Various other factors are contributing to this increase in cycling fatalities. Many states have gradually increased speed limits on interstate highways and state roads, which has caused more drivers to drive faster than ever. Higher speeds often result in higher fatality rates. Drivers also are driving more highway miles than ever, which increases traffic and cycling fatalities.

Another reason for increased cyclist fatalities is that American drivers are often distracted by electronic devices, including their cell phones. Other distractions also abound for drivers, many of whom regularly engage in multitasking while driving.

Furthermore, Americans are buying larger vehicles than ever in history. The proportion of passenger vehicles purchased that are larger trucks and SUVs has grown exponentially. Larger vehicles inevitably result in a more significant potential for fatalities when drivers of these vehicles strike cyclists. The risk of death increases by 50% when an SUV or truck hits a pedestrian or cyclist instead of a smaller passenger vehicle.

Bonnici Law Group has the experience, knowledge, and reputation that you want and need when you are injured in a bike accident. We are here to help you build the most substantial claim possible for compensation and obtain a positive outcome in your case. Do not hesitate to contact Bonnici Law Group at 619-259-5199 or help@bonnicilawgroup.com. 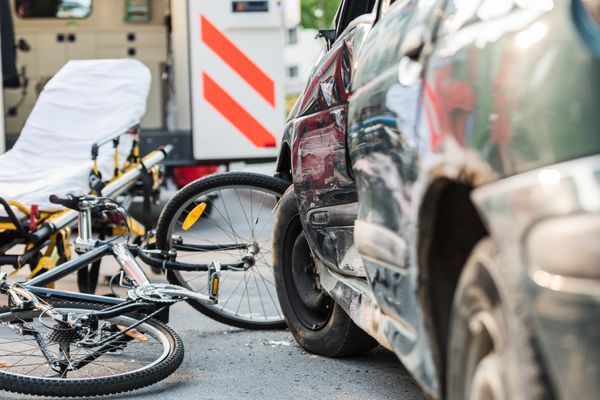 When a car accident takes place, no matter whether it’s a serious collision or a minor fender-bender, people end up with some form of injury. The most common car accident injuries in California include spine, neck, and soft muscle injuries. Chiropractic care can be really beneficial in helping people recuperate from the ongoing pain from their injuries. One of the most common questions California drivers ask is: do car accident settlements cover chiropractic treatment? The short answer is yes. This blog will go over everything you need to know to get car accident settlements to cover your chiropractic care.

Most personal injury lawsuits are filed over accidents, such as auto accidents. However, many personal injury cases are not from accidents, but from intentional acts of harm. In the context of personal injury law, these acts are known as “assault” and “battery.” In a typical case, the victim of an assault and/or battery sues the offender, seeking compensation for the injuries and damages obtained from the incident. However, what kind of conduct amounts to an "assault" and "battery"? This blog will go over everything you need to know about assault battery cases in relation to personal injury.