Why Bicyclists Should Ride With a Camera

Many cyclists have been run off the road or were a victim of road rage at one point in time. One of the main reasons why bicyclists should ride with a camera is because it can be challenging to prove who was liable in an accident. The drive may be convinced it was the cyclist’s fault, or they may have fled the scene altogether. A police officer or insurance company may unknowingly defend a driver who is at fault. In extreme cases, the cyclist may be struck unconscious and cannot remember what happened. A bike-mounted or helmet camera will quickly and effectively resolve these types of issues.

Sharing the road can be dangerous, and many cyclists are the victims of roadway incidents. A video camera is the best way to clear up any unanswered questions and determine liability following a crash. It’s difficult to create a case if a cyclist was hit from behind and the driver flees the scene without footage or eyewitnesses. A rear-facing mounted camera will capture all of the necessary evidence. It’s hugely helpful to your case as long as the driver’s face is captured in the footage. Ideally, the video will also include the vehicle’s make, model, plates, location, and timestamps. We hope you never need to use it, but in case of an accident, it will help you prove liability and prevent further incidents.

Have you ever received a ticket or fine you believe was wrongful? Camera footage can help your case. For example, you may have been fined for violating traffic laws, even if you were doing so for safety reasons (ex. avoid construction that was obstructing your path). Your footage can explain why you needed to ride on the sidewalk or veer away from the bike lane. Whether you ride for sport or as your primary means of transportation, a camera is always a good idea.

Improve as a Cyclist

One of the great things about filming yourself while biking (or with any sport) is that you can identify areas that need improvement. By reviewing the footage after a ride, you may notice some issues you weren’t aware of. Maybe you veer out of the bike lane every so often or failed to stop at a crosswalk that was in use. When you’re in the middle of a ride and your legs are on fire and your hearts pounding out of your chest, you may miss these small (but important) details.

When it comes to accidents, cameras will film the wrongdoing of both the other person and the bicyclist. If the cyclist did something to antagonize or infuriate the driver, it will be on film as well. Having a camera may heighten cyclist’s awareness and further encourage them to follow the traffic laws. By knowing that their actions are being captured, cyclists may ride more respectfully and lawfully.

We cannot emphasize video footage enough! Cyclists can bike defensively, dress in contrasting colors, use day and night bike lights, but sometimes it’s not enough. Even when doing everything correctly, accidents can still happen. There are plenty of reasons why bicyclists should ride with a camera. If you’ve been involved in an accident or have any questions, don’t hesitate to contact us! You can call us at (619) 259-5199 or contact us directly on our website. You can schedule a completely free initial consultation with us as well! 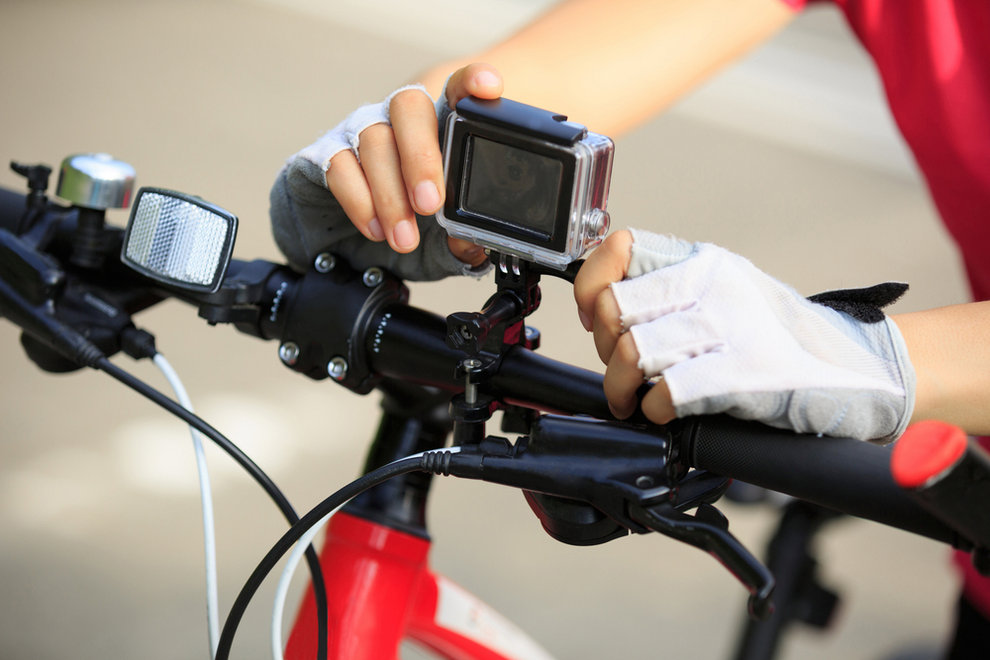 The Importance of Properly Restraining Your Children in the Car

Can You Turn Left Over Double Yellow Lines in California?