Cyclists vs. Motorists: How to Avoid Accidents

Cyclists vs. Motorists: How to Avoid Accidents

We can all easily identify an antagonism when we see one: Batman vs Joker, Padres vs Dodgers, cyclists vs. motorists—hold on a second! It shouldn’t be cyclists vs. motorists. It should be cyclists and motorists! While they have been seen as opposing sides, these two entities should work together to share the road and avoid accidents. Sharing education and information is key to preventing incidents. This blog will cover how to avoid accidents and why cyclists and motorists should work together to reduce the number of accidents that occur.

We Are Not Foes

Cyclists and motorists are not foes. Rather than fighting with each other on the rights of the road, we should cooperate with each other to ensure that we share the road safely and prevent any accidents. The very first step to attain this goal is to accept that we are not foes. We are road companions who need to put in a little effort to change our driving habits and prevent accidents.

While we understand that most of his blog is focused on educating motorists on the rights and laws regarding cyclists riding on the road, it is also important to understand that cyclists need to abide by these laws and ride in ways that respect drivers. Our experience has shown that most drivers don’t know why cyclists do what they do, and through education we can slowly bridge the gap in understanding and hopefully cooperation.

Did you know that around 850 people die in bike accidents every year in the US? This is primarily due to accidents involving cyclists and motorists. Some of the most common causes of these accidents include:

Now that we know the most common causes of bike accidents, we need to find a solution. Below we’ll cover how to prevent these accidents and promote a safe driving environment for four-wheelers and two-wheelers alike!

One of the main reasons why accidents take place is due to people not recognizing and respecting sharrows. But before we get into it, what are sharrows? First of all, a sharrow is not a bike lane as it does not create a reserved space for cyclists. Instead, they are meant to indicate that cyclists and drivers must coexist in and share the same lane. This means that a cyclist can “take the lane” when it is of substandard width (meaning that a bicyclist and car cannot coexist in the lane side-by-side while abiding by California’s three-foot rule). Unfortunately, many motorists don’t know what sharrows signify, so they get angry and question why cyclists are in the middle of the road. Cyclists have the right to take the entire lane, but many drivers simply don’t know about this rule. That’s why it is essential that we educate motorists on the proper meaning of these symbols so that they can understand them in hopes to have cooperation with cyclists while driving. 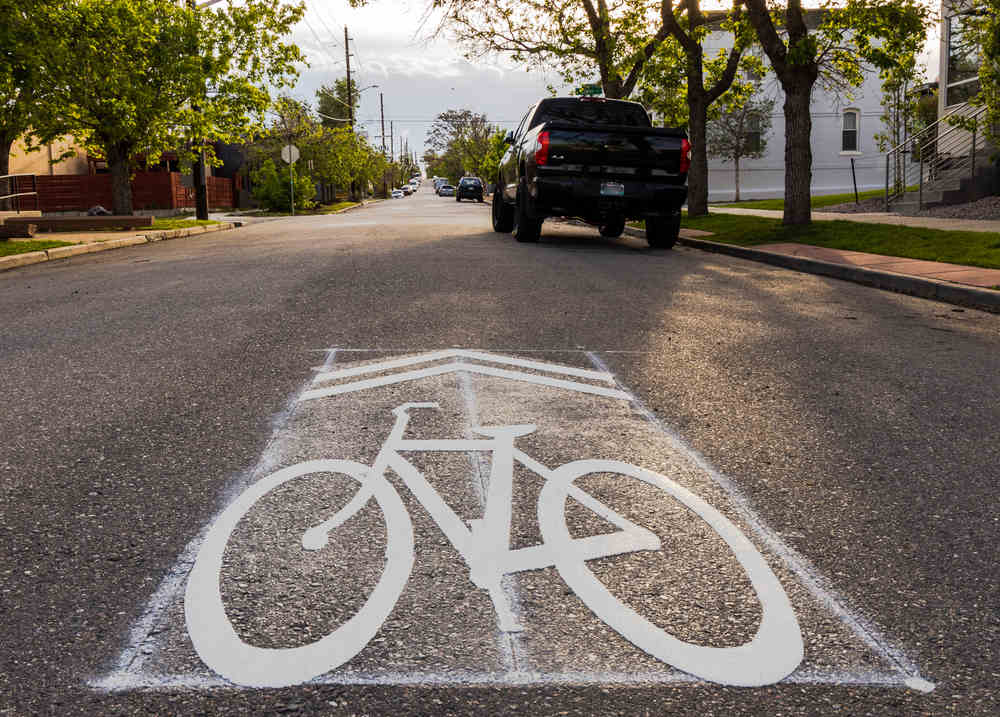 What is the Door Zone?

The door zone is the space four feet out from a parked car. Unfortunately, that’s also the width of a bike lane here in California! A cyclist can be “doored” when riding near a parallel parked car, and the car door is suddenly opened into the riding path of the cyclist, causing them to crash. This is a common cause of bike accidents, which can be almost equally as dangerous as getting hit by a moving vehicle. This requires contribution from both sides. Motorists need to conduct the dutch reach, which encourages drivers/passengers to use their far hand and reach across their body to open car doors in parallel parking. This forces people to look back for approaching cyclists and other traffic before exiting the vehicle.

Cyclists also need to be hyper-aware of parked cars that can suddenly open their doors into their path. This can be avoided by positioning their riding path away from  parked cars in order to be able to avoid an opened door. This, however, often requires a cyclist to ride more into the driving lane to avoid the “door zone.”

Is The Three Foot Rule Real?

Many motorists question whether the three-foot rule is real. The answer is yes! This actually became a law back in 2014. According to California’s vehicle code (CVC) 21760(c), “A driver… shall not overtake or pass a bicycle… on a highway at a distance of less than three feet between any part of the motor vehicle and any part of the bicycle or its operator.” If there isn’t a distance of at least three feet between the motorist and the bike, it is illegal to overtake a cyclist.

One of the most common accidents we see is the right hook. A right hook accident refers to when a motorist strikes a bicyclist headed in the same direction by turning right into the bicyclist. The most common circumstance leading to a right hook accident is a motor vehicle driver driving in the same direction or a cyclist and then making a right turn after just passing – or almost passing – the rider. Cyclists are often traveling faster than anticipated, which leads to motorists making the turn and causing a collision with the cyclist. So how can we avoid this? Cyclists need to understand and be comfortable with positioning at intersections, if there is a right turn lane, and possibly moving into the lane that proceeds straight. Motorists, on the other hand, need to be attentive to cyclists’ speed and be comfortable allowing a cyclist to pass before making a turn.

With the cooperation of motorists and cyclists, we can create a safer environment for four-wheelers and two-wheelers alike! We are not foes but partners on the road! We hope this blog helped you see how to avoid accidents on the road! If you’ve been in an accident, Bonnici Law Group can help! Give us a call at (619) 259-5199 or click here for a free consultation. 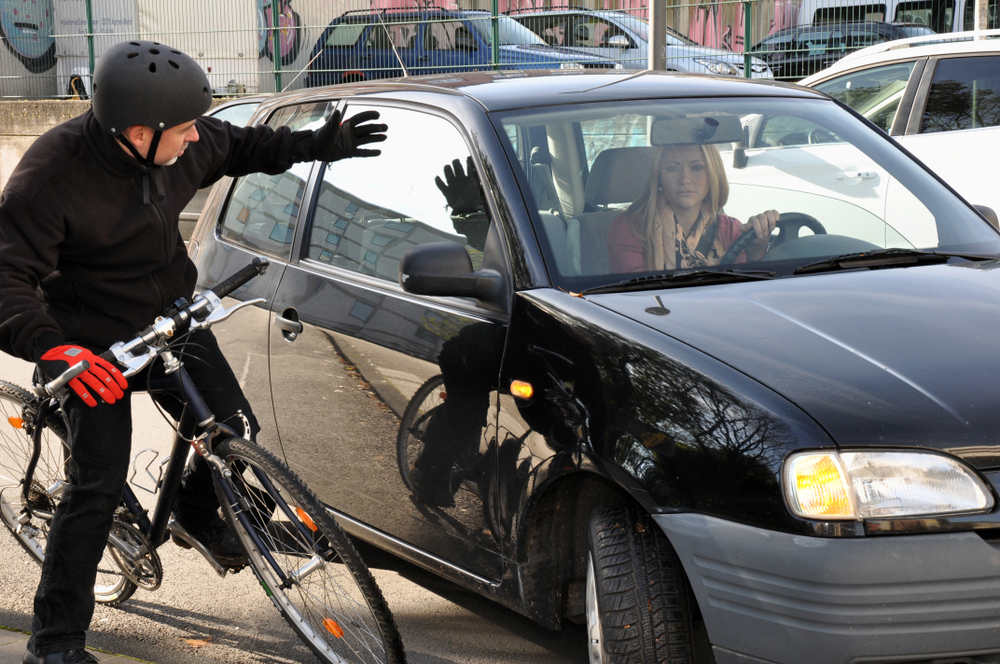 Did you know that people who receive social security disability insurance (SSDI) can also collect compensation benefits for the same disability if it was caused by a work-related accident or illness?

How Much Should I Ask for a Car Accident Settlement?

How much should I ask for a car accident settlement? In today's blog, we’ll discuss the factors you’ll have to take into account in order to calculate the proper amount for your case.